For decades, the Metro Detroit AFL-CIO has been a traditional host of the annual Detroit Labor Day March. Because of the Covid-19 pandemic, we are unable to do the Labor Day March this year. The Metro's Labor Day Committee has decided instead to produce a commemorative video, "Labor Matters," in place of the March. This video will celebrate the role of organized labor in our community. Specifically, we will emphasize organized labor's role:

There is a video and photo shoot planned for this Sunday, August 9, at the Labor Legacy Monument at Hart Plaza. The shoot begins at 9AM. A number of other local unions, community groups, civic and labor leaders will be on hand for the event. If you're able, please come out and represent Labor at this shoot. Full social distancing and mask usage will be enforced. Be sure to wear your Local colors!

President Letter 0620 PDF
Statement from the CWA Executive Board on the Need to Dismantle the Racism that Plagues Our Communities
Friday, May 29, 2020As we reach a tragic milestone of 100,000 deaths due to COVID-19, we find ourselves confronting the other plague that has been rampaging through our communities since long before the pandemic: Racism. Compounding the devastation of a global pandemic, which has disproportionately impacted Black communities, Black people in America continue to face threats, brutality, and death for going out jogging. For being poor. For sleeping in their own bed. For watching birds in a park. For being Black.
The murders of Ahmaud Arbery, George Floyd, Breonna Taylor, and the blatant display of racism in the Central Park incident with Christian Cooper demonstrate, again, this grim reality. These names are not the first, and without a profound change in ourselves and this country, they will not be the last.
The CWA Executive Board is committed to moving beyond an endless string of reaction statements and demonstrating our continued commitment to justice for Black people through our organizing, representation, political, and movement building work. We commit to creating dedicated spaces for open dialogue on race for our members and leaders to determine outcomes and clear steps the union must take to fight racism in the union, within the industries we represent and the community at-large.
There is no in-between. There is no neutral option. The only real way to dismantle racism and build the working-class power we seek is for every worker to take on the struggle for justice for Black people in this country as their own and to embrace the actions that "an injury to one is an injury to all" demands of us.
It is not enough to punish the perpetrators who have taken these Black lives. It is not enough to simply identify a "few bad apples" to fire or prosecute - a course of action which our deeply flawed legal system makes difficult to pursue. We must also do the hard, transformational work of rooting out racism in America's consciousness and the institutions that uphold it.
This work is necessary because these incidents did not happen in isolation. They happened in the context of 400 years of structural and systematic anti-Black racism. They happened in the context of centuries of stolen labor; economic pillaging by corporate America of Black communities; underfunding of public schools and services; over-criminalization and incarceration of Black bodies; the use of police as military-like forces in poor, Black and Brown neighborhoods; outsourcing of good, union jobs; persistence of food deserts in urban areas; the treatment of addiction as a crime rather than a disease; the fractured, profit-driven health care system; and the “surgical precision” of Black voter disenfranchisement.
The only pathway to a just society for all is deep, structural change. Justice for Black people is inextricably linked to justice for all working people - including White people. The bosses, the rich, and the corporate executives have known this fact and have used race as one of the most effective and destructive ways to divide workers. Unions have a duty to fight for power, dignity and the right to live for every working-class person in every place. Our fight and the issues we care about do not stop when workers punch out for the day and leave the garage, call center, office, or plant.
We will never build enough power as working people if an entire community is living under the threat of death and subject to discrimination based on the color of their skin. We will never build enough power if an entire community has its neck under an oppressor's knee.
If we are to make progress, we must listen to the experiences and stories of Black CWA members, Black workers, and the Black community. We must join together - every one of us - to dismantle this system of oppression. This means every White union member, Black union member, Latino union member and every ally, must fight and organize for Black lives. Thoughts and prayers aren't enough. No amount of statements and press releases will bring back the lives lost and remedy the suffering our communities have to bear. We must move to action.
President Christopher Shelton
Secretary-Treasurer Sara Steffens
District 1 Vice President Dennis Trainor
District 2-13 Vice President Edward Mooney
District 3 Vice President Richard Honeycutt
District 4 Vice President Linda Hinton
District 6 Vice President Claude Cummings, Jr.
District 7 Vice President Brenda Roberts
District 9 Vice President Frank Arce
AFA-CWA President Sara Nelson
IUE-CWA President Carl Kennebrew
TNG-CWA President Jon Schleuss
NABET-CWA President Charles Braico
T&T Vice President Lisa Bolton
PHEW Vice President Margaret Cook
CWA Canada President Martin O’Hanlon
Diversity At-Large Member Dante Harris
Diversity At-Large Member Vera Mikell
Diversity At-Large Member Carolyn Wade
Diversity At-Large Member Erika White 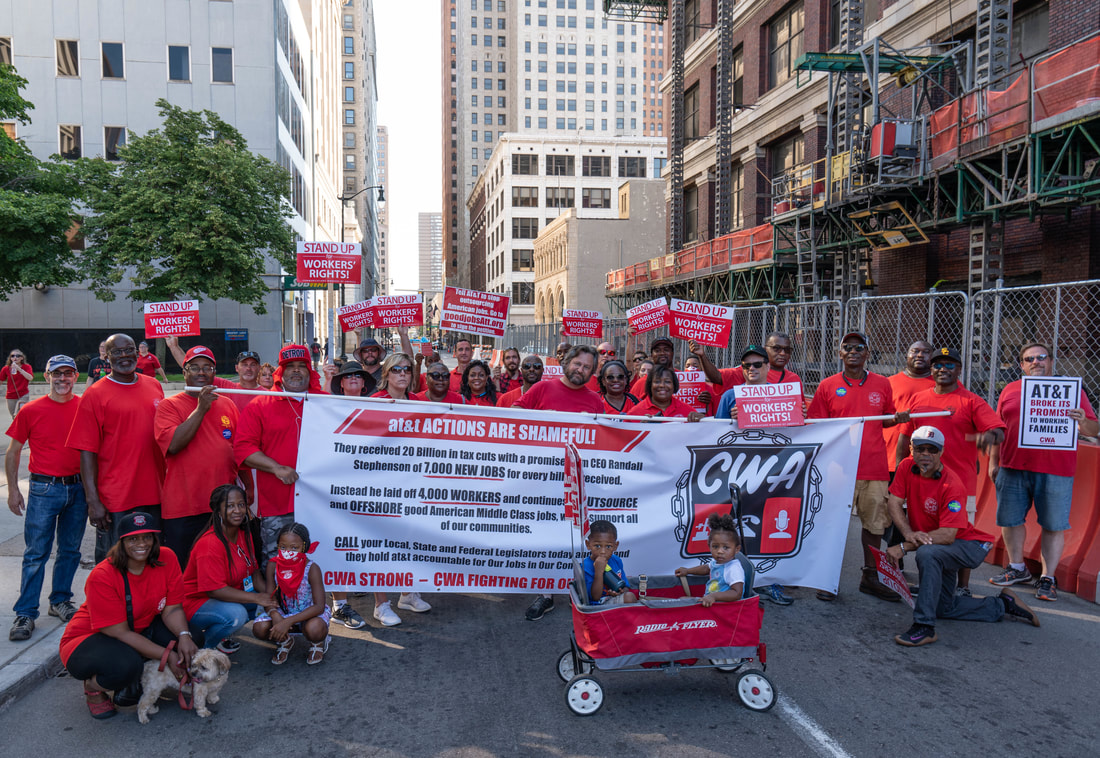 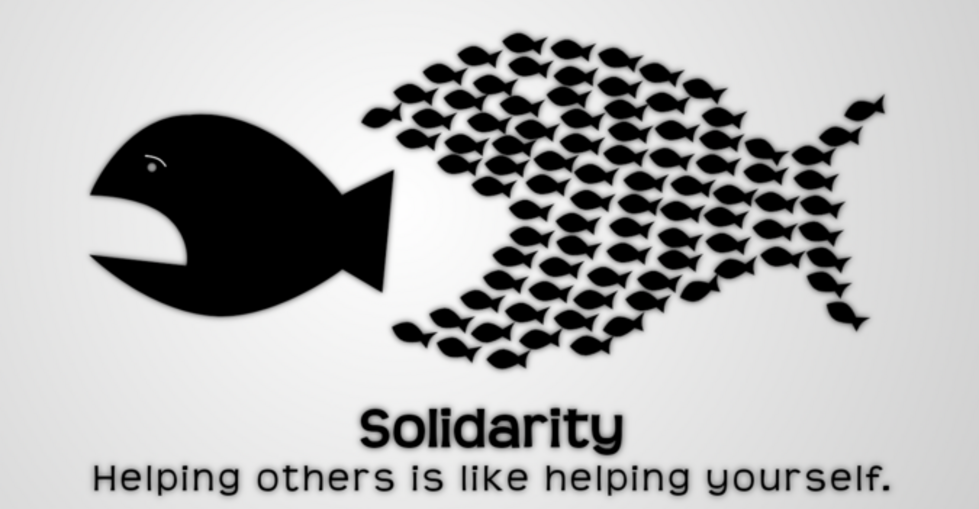 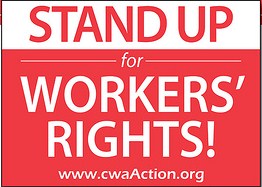